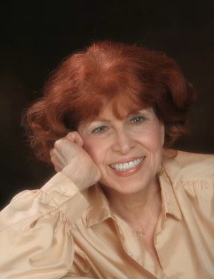 Jenny Garden has written since childhood, largely for others, as she did in high school and college for friends who needed help with essays or stories for their classes, and in her work over the last thirty-five years as a freelance editor. She admits to a checkered past, having studied and worked as an actor, singer, artist, translator, copy editor, and, lacking training but learning on the job, a doctor’s wife and mother of four.

Born and raised in Indiana’s Wabash Valley, Jenny has since lived in St. John’s, Newfoundland; Chicago and Decatur, Illinois; and Roswell, Georgia. She finally settled in the Pacific Northwest and now makes Seattle her home. She holds a Bachelor of Science degree from Northwestern University and belongs to academic fraternities Phi Sigma Iota and Phi Beta Kappa. Following summer workshops at the University of Iowa, she decided to allow more time for writing. And while she loves to write, Jenny enjoys copyediting almost as much. “It’s like putting together a jigsaw puzzle,” she says, “fitting every piece in exactly the right place.”

And it's stories and essays and novels—oh my! Jenny is always writing—she can't help herself—and she prefers a writing environment of peace and quiet. But now with big changes on the way, there's little chance for peace or quiet, and things will stay in upheaval for a while. Although that leaves less time for writing, all life is grist for the mill, and she promises that eventually, in one format or another, all will be revealed in print.